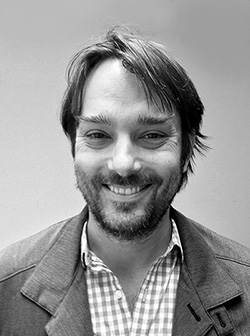 Brett Terpeluk was born and raised in rural Pennsylvania where he developed a keen appreciation for nature, history, materials and the primal forms and spaces of agrarian architecture. He received his BA from Princeton University and his Masters in Architecture on fellowship from Rice University, where he was awarded the prestigious Fossi traveling fellowship for outstanding student work.

Upon graduation, Brett began a decade-long collaboration with Pritzker Prize winning architect Renzo Piano in Genoa Italy. It was here, among Mr. Piano and a select group of international architects, that Brett was able to nurture his passion for design and his knowledge of materials, sustainability and the craft of building. For Piano, Brett played a pivotal role in three iconic projects: the Aurora Place Towers in Sydney Australia, the Nasher Sculpture Center in Dallas, Texas and the California Academy of Sciences in San Francisco, the largest LEED Platinum museum in the world, where he assumed the role of local project architect.

Brett founded Studio Terpeluk in 2008 as a continued exploration of the intersection of craft, design, and material expression. He has taught at the California College of the Arts and at University of California at Berkeley as a Friedman professor. Brett is involved in several non-profits and was past board president of the AIA San Francisco’s Center for Architecture and Design. He has been awarded numerous design accolades and his work has been published internationally in such journals as the New York Times and the Washington Post. His first restaurant, Farina, was awarded best restaurant design in San Francisco by the American Institute of Architects and he has been recognized as one of California’s emerging young designers. Brett lives in San Francisco with his wife and daughter. He is fluent in Italian and is an avid fly-fisherman.

Brett is a licensed California architect and LEED accredited professional. 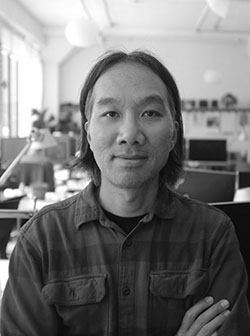 Huy was born in Vietnam and grew up in Southern California, where the warm and sunny climate of his childhood engendered an appreciation of the outdoors and is likely the source of his belief that architecture is most inspiring when it interacts with its natural surroundings. He earned a Bachelor of Architecture from Cal Poly San Luis Obispo and is an architect with over 15 years of experience. In practice he has had the good fortune of working on projects as small and honorable as the refurbishment of San Francisco buses into shower facilities for the city’s homeless population; as thoughtfully designed and crafted as the Tahoe City transit center; and as big and complex as two 180,000-sf office buildings for the software company, Intuit.

Huy is a licensed California architect and LEED accredited professional. 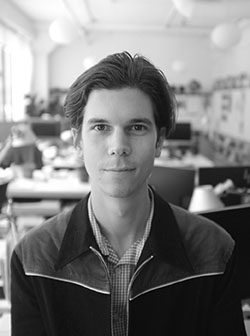 Benjamin was born in Southern California and lived in Massachusetts, France, Michigan, Oregon, Indiana, and New York before moving to San Francisco.  Always passionate about helping shape the built environment we each experience uniquely, Benjamin has worked on a variety of design-build residential additions, renovations, store design projects, and an award-winning research and fabrication project involving heavy timber joinery CNC-milled from tree bifurcations.  Benjamin graduated from Taubman College of Architecture and Urban Planning at The University of Michigan with a BS in Architecture. 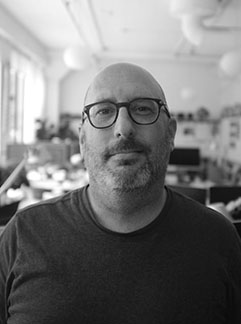 Born and raised in New Jersey, Joel left for the frigid New England temperatures where he received his degree from the Rhode Island School of Design before relocating to the only slightly warmer Bay Area.  In the following years Joel gleaned a well rounded knowledge of all aspects of design and construction by working in various positions including; as a designer at a modern architectural firm, a project manager at metal and wood fabrication shop, and with a design/build contractor.  Being involved with jobs ranging in scale from small remodels to ground up high end residential, Joel was able to get familiar with the many aspects of the process required to take an idea from the initial paper sketch to putting the final touches on a completed project.  Joel has found a home in Studio Terpeluk where he can apply his love of detailing and fabrication while working with talented designers and tradespeople.  When not at work you can find Joel making sawdust in his garage if he’s not too busy attending a tea party with his wife and two daughters. 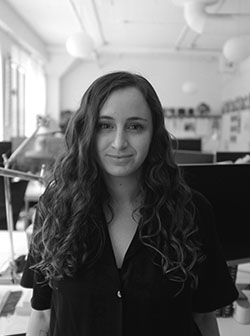 Born and raised in sunny Florida, Rachael grew up playing in the water and running around swamp lands. She graduated from the University of South Florida with her master’s degree in Architecture. Graduating with high honors, she was awarded the Garcia Award, the advanced design portfolio award, a graduate teaching award, as well as a thesis award for her master’s project, From Duchamp to Schwitters: An Investigation into Double Hermeneutics of Form and Narrative. Rachael loves anything relating to and around human experience and the constructs that have shaped individual experiences. After graduating, Rachael left for Los Angeles where she was fortunate enough to work with Morphosis on a number of scaled projects ranging from a carefully crafted object, schematic design of a house, a mixed use development of a block that won first place in an international design competition, and work as substantial as a conference center. In her free time, you can find her sketching in a sunny location around the city or curled up reading a book.